Add to Lightbox Download
Campaign for the Responsible Business Initiative by the Swiss Coalition for Corporate Justice, to change the Swiss constitution and oblige companies to carry out adequate due dilgence on human rights and environmental issues - and hold them legally responsible for their actions around the world. In the three main languages of Switzerland:
Konzern-verantwortungs-Initiative; Initiative multinationals responsable; Initiativa multinazionali responsabili, it is in large part aimed at the many multinational corporations head-quartered in Switzerland, including major mining, chemical and trading companies. Inidivuals are displaying banners from their windows and balconies across the country as part of the campaign which will be voted on at the end of November. The campaign has managed to split the powerful business lobbies - an unusual breach between Economy Suisse and USAM, with the head of the latter ironizing that they need to look beyond their golf courses ... and see these banners going up everywhere. 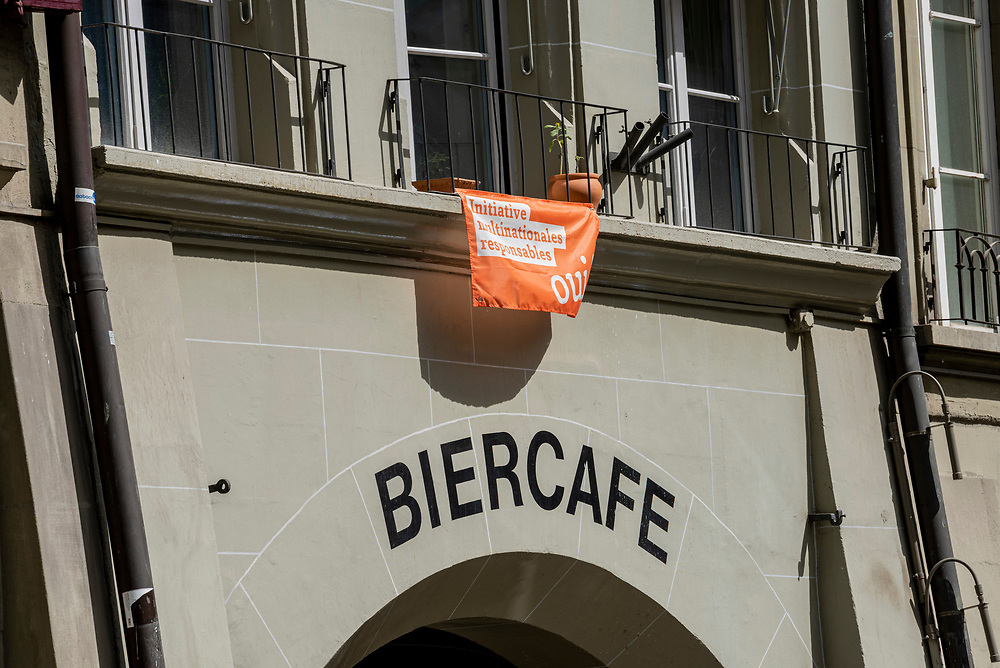