Add to Lightbox Download
Process of registration of at Opatovac Transit Centre by Croatian authorities, after the refugees and migrnats have crossed the border from Serbia, mostly at the Bapska/Berkasovo point, which is twenlve kilometers away. The place they come from is registered, with the help of maps, as is age with a list of years. they are also photographed. They have the possibility to claim asylum in Croatian, as the sign in both Arabic and English states. 7,900 were registered on this day, none took the opportunity to calim asylum. after leaving the transit camp will then be taken by bus or train by the government to various border crossings.


More than 643,000 refugees and migrants arrived in Europe via the Mediterranean sea this year, including 502,500 in Greece only. Many of the refugees and migrants are desperate to move quickly onwards to Western Europe, fearing that borders ahead of them will close. As of Tuesday morning, there were more than 27,500 people on the Aegean Islands, either awaiting registration or onward transport to the mainland, and 5,000 new arrivals were recorded every day. 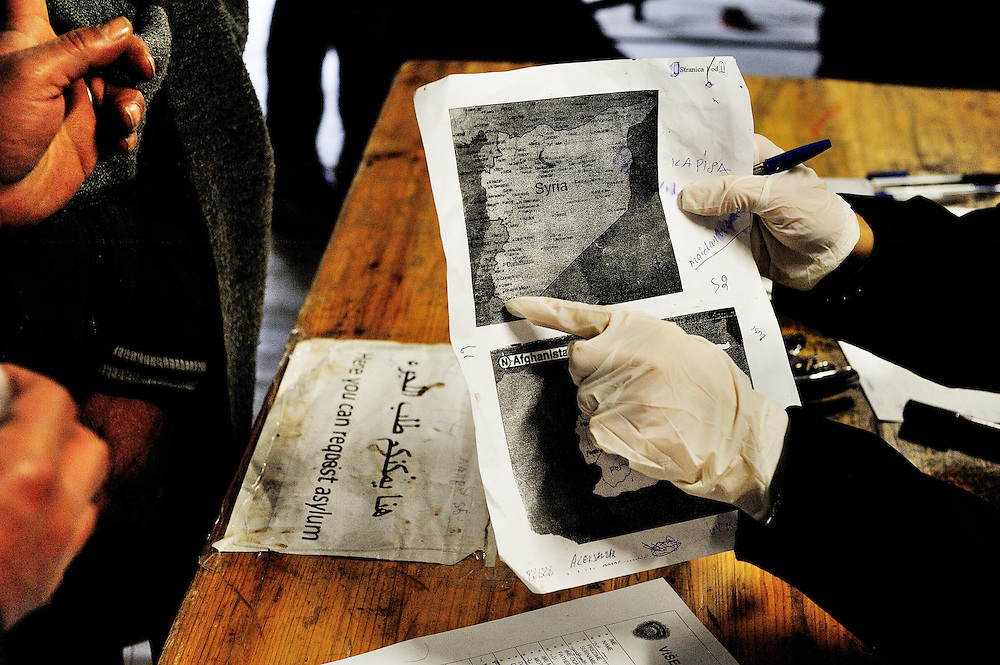