Add to Lightbox Download
Refugees and migrants lined up under army order at Asfinag transit centre, in winter snow fall, in preparation to board a bus which take them to a waiting point at the nearby border, where they will then cross into Germany. The Asfinag centre is on the former site of a roadworks company, which had been empty,on the outskirts of Salzburg, a short distance from the border with Germany. On arrival, by bus directly from the border with Slovenia in most cases, each person is given a bracelet with letters and numbers, so that they will leave the camp and go over the border in the order of their arrival. The camp is also host to a number of asylum seekers who on arrival have requested asylum and so will stay in Austria. The German authorities are accepting refugees at the rate of roughly 50 per hour. This is presently also the case at other crossing points. For refugees and migrants moving on to Germany there are heated tents with camp beds and blankets. For those seeking asylum there are more permanent structures, with family groups seperated from single males. Food is provided by volunteers three times a day. 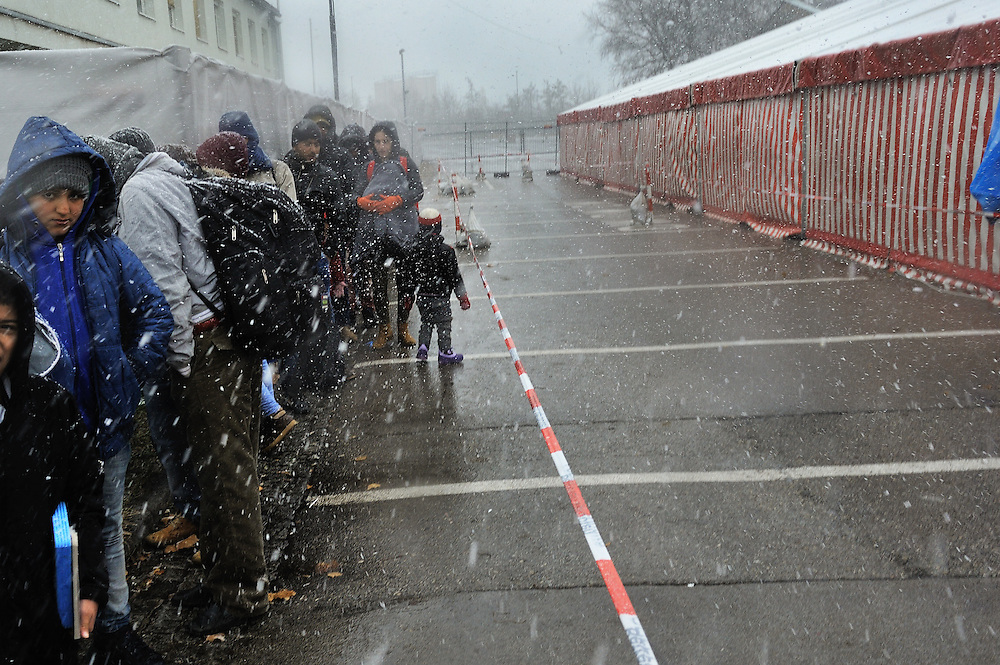