Add to Lightbox Download
03.03.2014 Conference on Disarmament. Year 35. 2014 Session 1 Plenary meeting 1307. Presidence of Italy. Ambassador Toshio Sano head of the Japanese delegation during discussions following the end of the meeting, shortly before he assumed teh Presidency of the Conference. The following day a Japanese government official was due to address the conference:

"It is regrettable that this distinguished body, which produced the Chemical Weapons Convention
(CWC), Biological Weapons Convention (BWC) and Comprehensive Nuclear-Test-Ban Treaty
(CTBT), remains mired in an 18-year standstill. In order to meet expectations of the people
worldwide for a safer world free of nuclear weapons,
.....As the only country ever to have suffered nuclear bombings, Japan knows from its own
experience the catastrophic humanitarian consequences from the use of nuclear weapons." 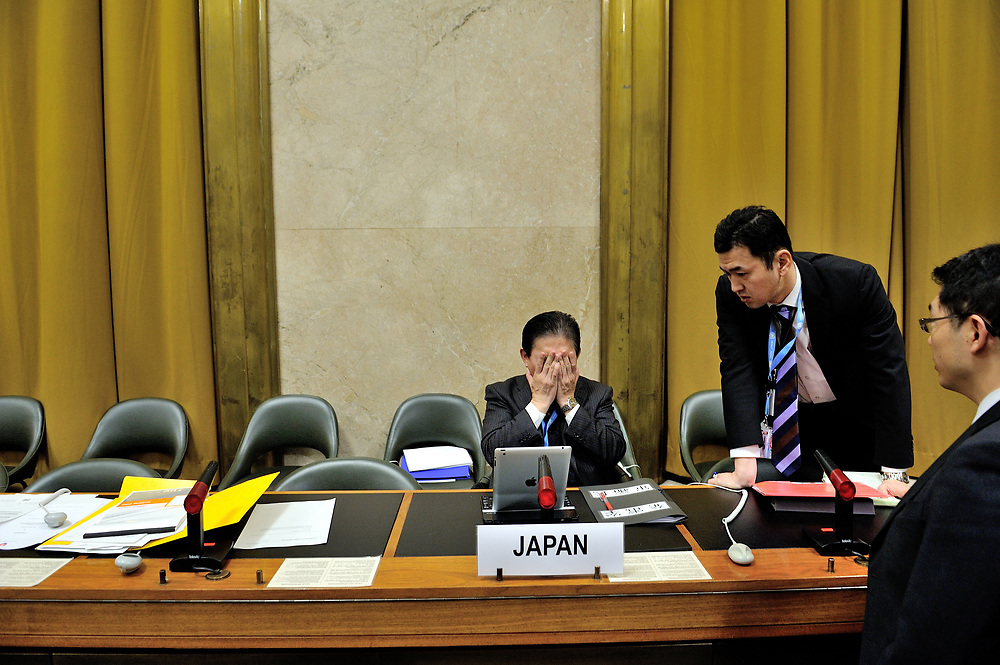