Add to Lightbox Download
Diana, from UNHCR explaining to refugees the way forward speaking through the barrier that marks the frontier. 2,000 refugees and migrants who are stuck at the Berkasovo, on the border between Serbia and Croatia tonight. They are waiting since mid day when the border was closed for the second time and no one knows when it will open again. They prepare to spend the night on a muddy field in the no man's land between Serbia and Croatia. People are shivering, children are crying, their clothes are wet and dirty. Some 3,000 people were already left waiting in the rain in the past two days without shelter and with minimal assistance on hand. 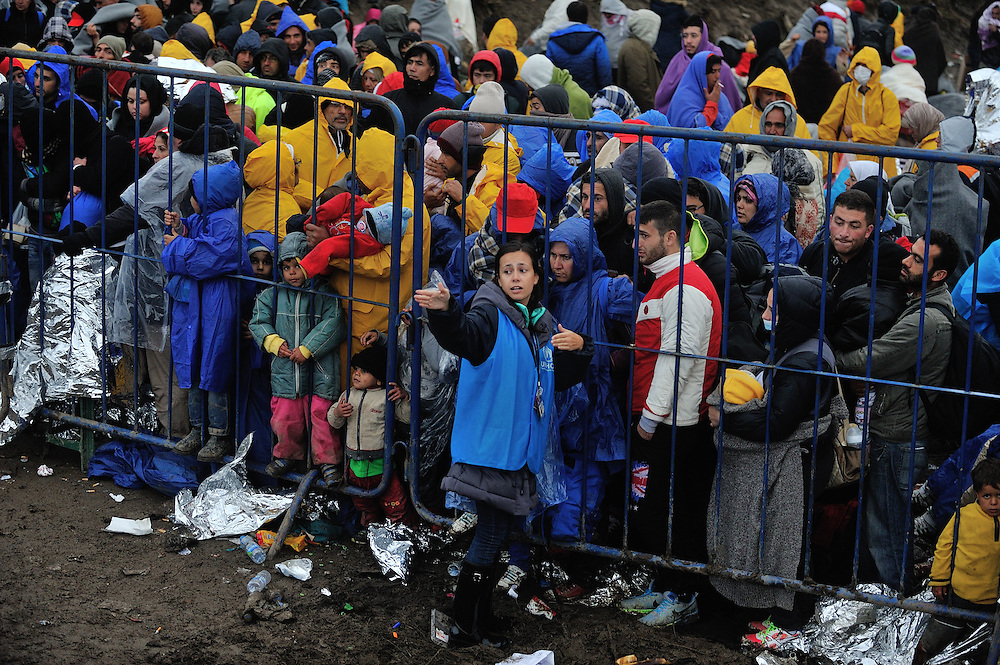