Add to Lightbox Download
'Gabriele', a young Syrian man , who has polio, outside the medical center at Preshevo Reception Center, where refugees and migrants are registered by Serbian authorities after arriving from the FYROM. The border is 7 kiometers away, and unless they need special assistance, people must walk at least 3 kilometers between the two across fields. At the center they can receive medical attention, some food and shelter for families. On leaving the center they must negotaite with crowds of ticket touts to buy tickets for onward transportation, mostly directly by bus to the Croatian border point at Berkasovo/Bapska.


So far this year, more than 615,000 refugees and migrants have arrived by sea in Europe, including some 475,000 who disembarked in Greece and continued their journey through the Former Yugoslav Republics of Macedonia, Serbia, Croatia, and Slovenia to Austria, Germany or Sweden. 83% of them come from the world’s top ten refugee-procuding countries, principally Syria, Afghanistan and Iraq. At present there are around 6,000 and 8,000 refugees and migrants arriving in Europe every day. Tragically, over 3,100 people have died at sea this year attempting to find safety in the EU. 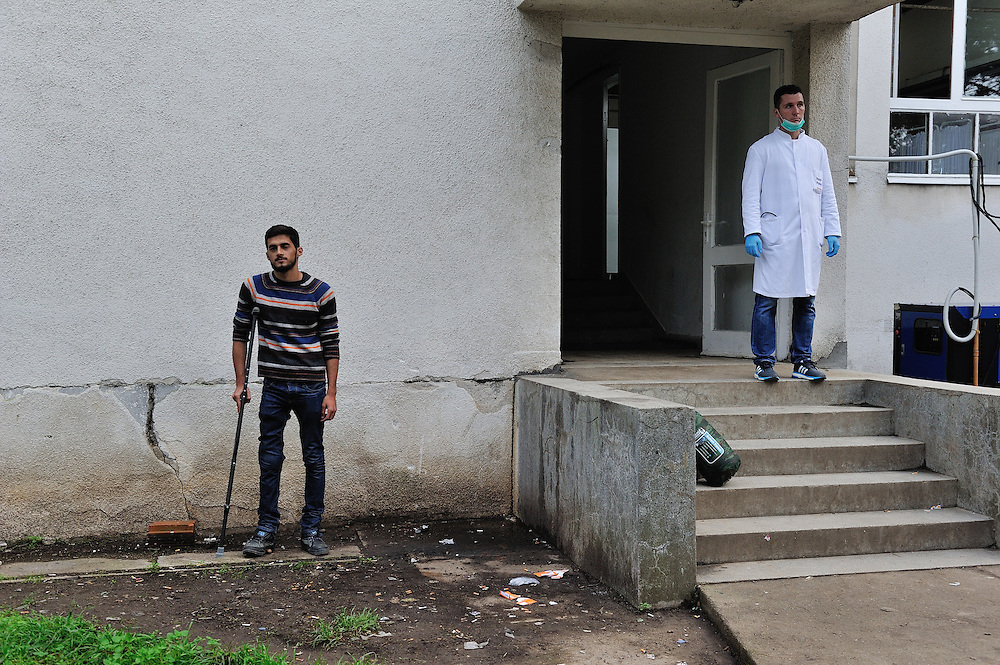