Add to Lightbox Download
Boy stuck between borders. Some 2,000 refugees and migrants have been moved on to the border from the Slovenian Registration/ Transit camp at Sentijl, as it need to be cleaned and prepared for new arrivals coming within the hour by both bus and train. They walked towards the Austrian frontier post, only to find a large number of refugees and migrants already waiting there. The crowds swells, and access to water and food is limited. Austrian authroities are loading refugees and migrants onto buses, but more slowly than the numbers necessitate, leading to a bottleneck. UNHCR arranged for water to be brought to these people and made the Austrian authorities aware that there were vulnerable people, including the sick and wheelchair-bound amongst the crowds. 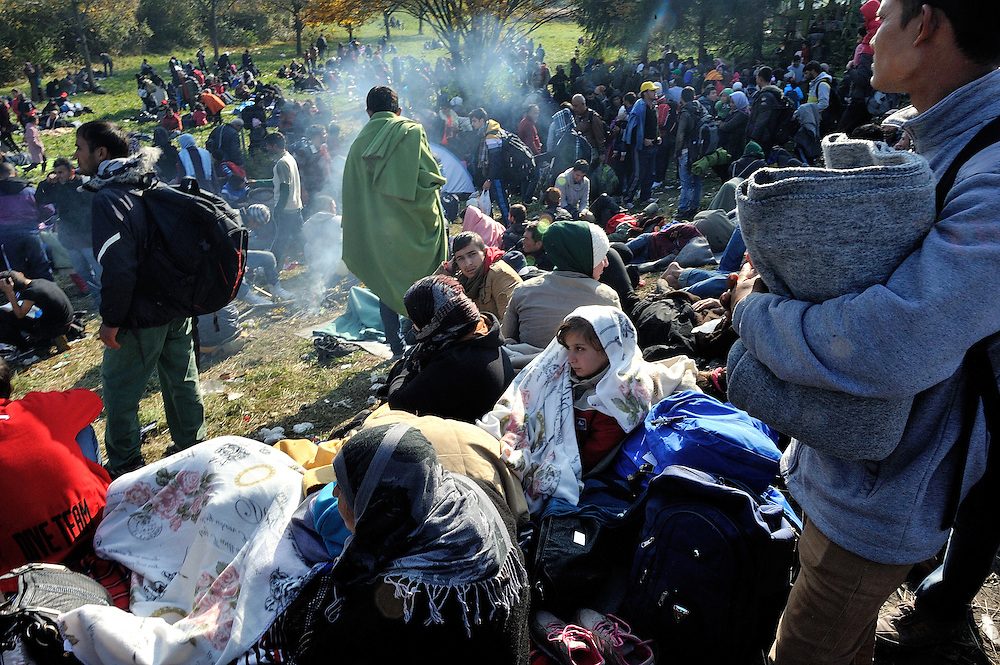