Add to Lightbox Download
Naasan Muhamad holding his 4 year-old son Muhamad Muhamad, with his wife Souliya Gaber looking on, just after they have been reunited, at the border between Serbia and Croatia.

Naasan, his wife and their 6 children fled war in Alepo in Syria. They took a boat from Turkey to Greece and continued their way through Europe with the aim to go to a country where they would be safe and could have a future for their children. They lost hope that peace will be restored in Syria. During the border crossing between Serbia and Croatia, Naasan and his wife lost their 4 year-old son Muhamad. They realized it only after they arrived on the other side and it was too late to find him in the crowd. Thanks to the help of the Red Cross and UNHCR colleagues from Serbia abd Croatia, the child was found and the family was reunited four days later.


More than 643,000 refugees and migrants arrived in Europe via the Mediterranean sea this year, including 502,500 in Greece only. Many of the refugees and migrants are desperate to move quickly onwards to Western Europe, fearing that borders ahead of them will close. As of Tuesday morning, there were more than 27,500 people on the Aegean Islands, either awaiting registration or onward transport to the mainland, and 5,000 new arrivals were recorded every day. 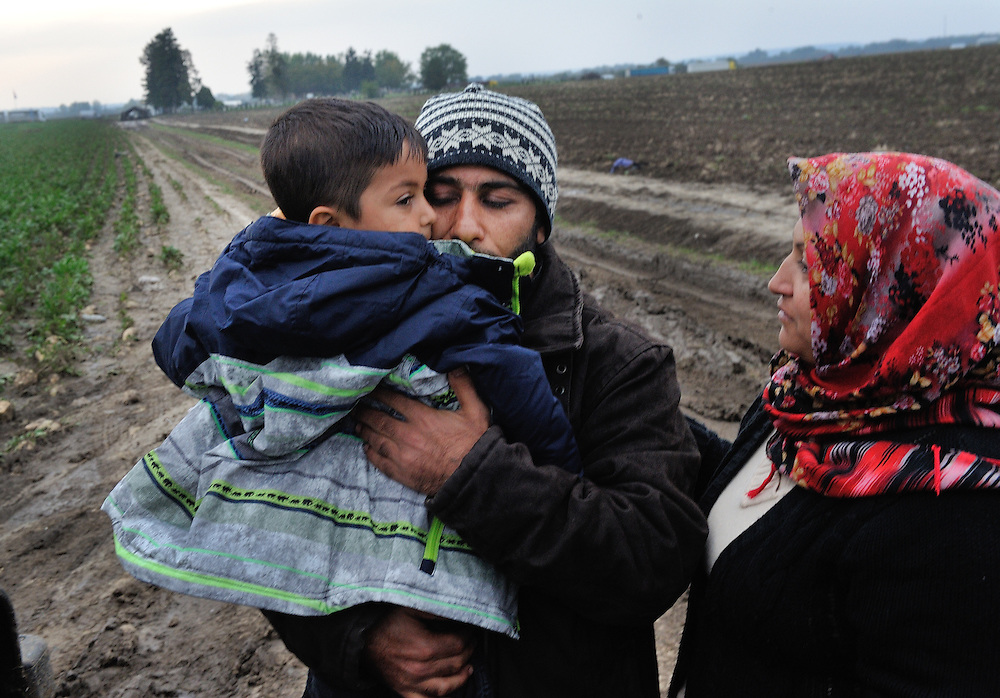