Add to Lightbox Download
Refugees walking through Kljuc Brdovecki cwith young children, close to midnight, going to cross the border into Slovenia from Croatia, They are brought by special train, a five hour journey, mostly from Tovarnik Station, which is a bus ride from Opatovac Registration Camp close to the Serbian border. From the station they must then walk with their belongings, and often with small children, through the village to a bridge over the Sutla River two kilometers away. After this they must walk across the border into Slovenia, through fields to Rigonce where they will be held by Slovenian authorities until space is available in a registration centre. The temperatures are only just above zero, and a smell of rubbish burning on fires lit for warmth at Rigonce hangs in the fog-bound atmosphere.

In the previous days there have also been other routes and other destinations, and refugees have been brought to different sectors along the 'green' border by bus. No advance warning is given as to destinations. An UNHCR rapid response team follows as closely as possible these movements, in order to protect vulnerable individuals, reunite split families, as well as establishing reelationships with border authorities across frontiers, and coordinating with staff between Serbia Croatia and Slovenia.

Man disinfecting the road used by refugees and migrants to cross the border into Slovenia from Croatia, at Kljuc Brdovecki. They are brought by train, a five hour journey, mostly from Tovarnik Station, which is t bus ride from Op 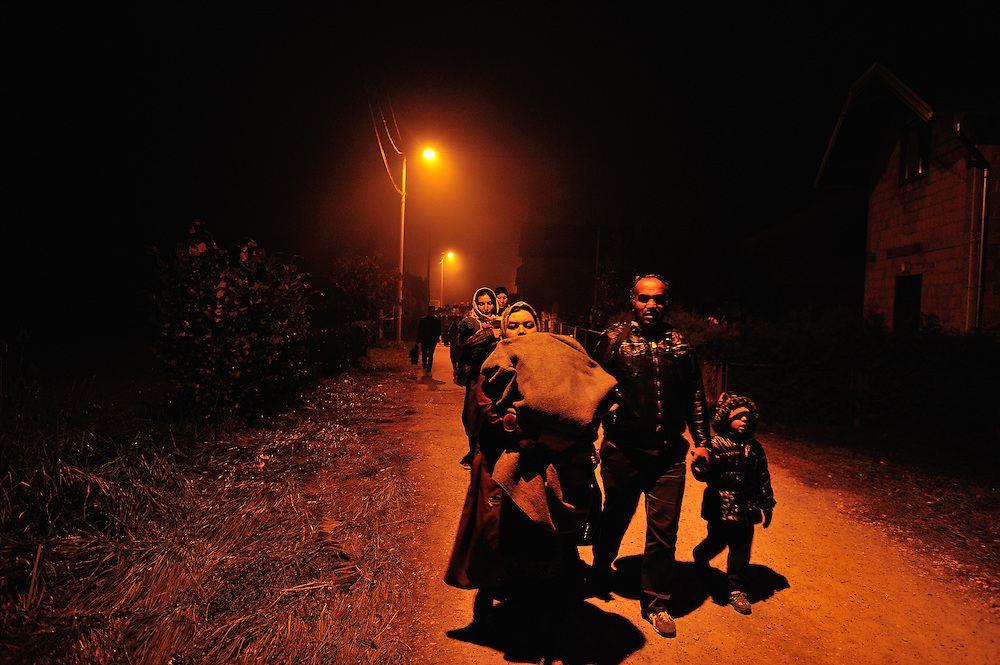