Add to Lightbox Download
Refugee talks on his phone in the dark. The screen image shows a woman and child. He appears to be on his own. At a collection point near Röszke. This site, where the vast majority of refugees passed through, was known as 'collection point' number 1, where the Hungarian authorities required refugees to take buses to registration centres.
The sometimes chaotic and rubbish strewn collection point, with infrastructure, food and basic medical care provided only thanks to volunteers with support from UNHCR, is situated a kilometer inside the Hungarian frontier from Serbia, along an old railway line, which thousands of refugees have used to cross the border. The flow of refugees continued to grow, with delays increasing, until the Hungarian government sealed the frontier with Serbia using razor wire and a high fence, and brought in new laws on the 15th September effectively halting the influx of refugees. 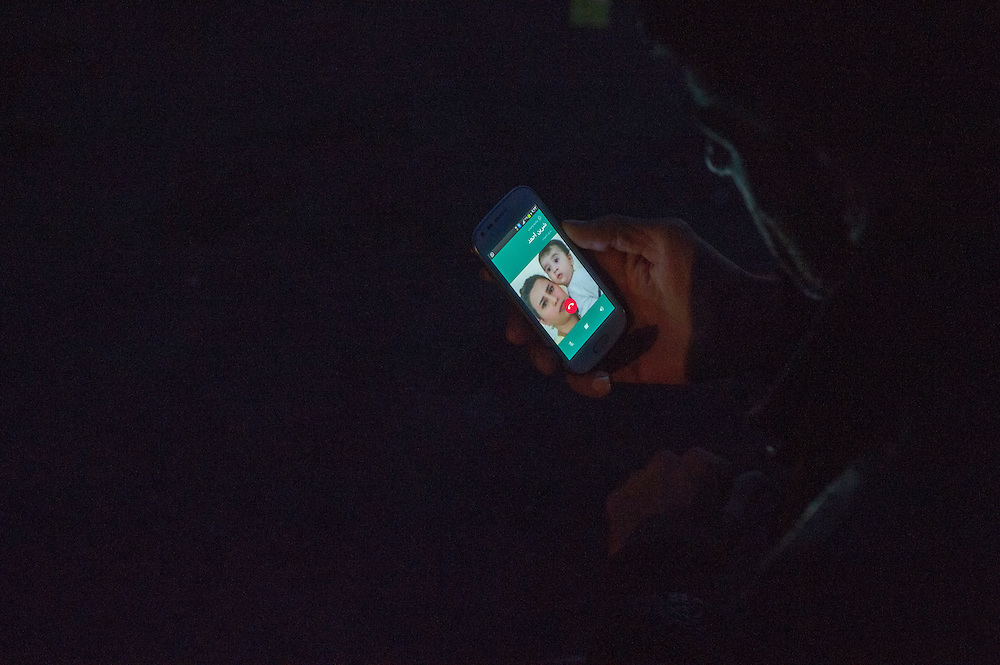