Three, Two ... minutes to midnight
Next

Discussions outside the Council Chamber between diplomats and UN disarmament staff. Plenery discussions revolved around the failure to produce a program of work, as well as relative preferences for a Fissile Material Cut-off Treaty as opposed to Nuclear Disarmament, and which extended to an informal session in which civil society and the media were excluded. One obsever NGO stated that the CD "no longer runs the risk of becoming irrelevant, it is irrelevant." 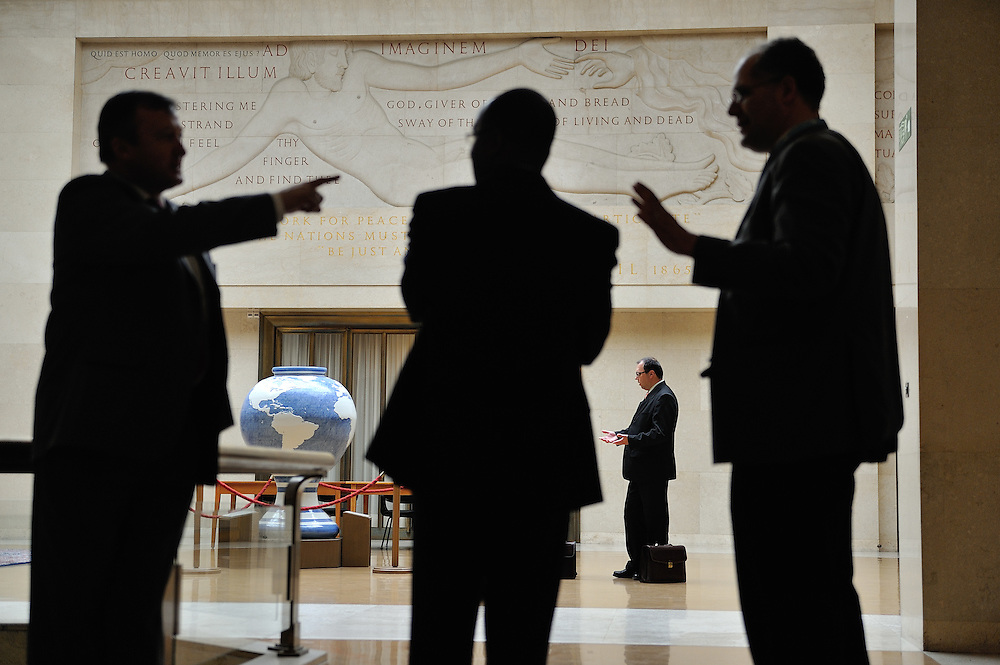